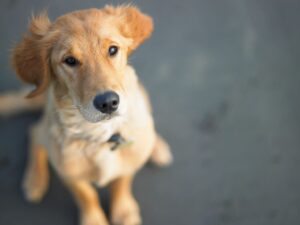 Are you a writer that would like to submit a piece of fiction, poetry, or creative writing for publication? Please submit your work to theivanhoesol@gmail.com or contact us via The Ivanhoe Sol Facebook page!

Rodrigo was walking home from school when he passed the usual alley behind the minimart, the one with cows painted on the side. That was where he first encountered the mangy mutt that began to follow him home. Mixed breed dogs, with patchy fur always held a soft spot in Rodrigo’s heart, no matter the shape or size. Several blocks later, he realized that the dog had been tracing his footsteps with his nose to the ground and occasional glances up.

It was when he was a few blocks from reaching the Boys and Girls Club on Azalea Avenue, when he stopped and turned around. A nagging inside told him to call out to the dog.

“Come here little doggy. Come here.” He reached out his hand to show he was no threat.

The dog, sensing the outreach, slowly stalked up to the little boy. It stretched its neck out as its paws slowly stilled.

The dog’s tail cautiously wagged, just enough to be noticed. It inched forward again, and stepped two steps closer before backing away.

The boy felt the caution in the dog and backed off. He stood tall as he turned back around and began to trek homeward once again. The dog, again, followed as well.

The pair came to Azalea Avenue, where they both noticed a man standing on the sidewalk outside of the fence that held the park front back from the street.

The man was smiling. This filled the boy with unease, and they both stopped.

“Hello little boy. It looks like you’ve found my dog.”

The boy heard the dog whimper.

“Excuse me sir, but this can’t be your dog because-

“No, no, you see it’s my dog. He got out of the backyard and I’ve been looking for him all afternoon. I live just right up the road. So, if you want to bring him back to my house with me, I can give you a reward.”

The boy didn’t know what to do. He began to stutter and spit out half words, “Thi- Na- Beca-”

A car horn honked. The startled party looked up.

“Hey mijo, there you are. You found Bandit! C’mon pick ‘im up and get in the car, it’s getting hot.”

Rodrigo picked up the dog, who let him, as the two got in the car to go home.