Visalia Unified may turn over half its board after election

Two new board members have been elected, another race is down to just seven votes and there may be a recall election of a fourth board member

VISALIA – More than half of the Visalia Unified School Board may look different by the end of this school year following this month’s election and a possible recall election next spring.

Today, Nov. 18, voters in Trustee Area 4 will find out if the petition to recall board president John Crabtree has enough signatures to be placed on the ballot. The recall was initiated by VUSD parent Brittany Christenson and a group of nine other parents on June 23 for what they described as Crabtree’s “negligent” leadership during the last two years. The “Notice of Intention to Circulate a Recall Petition” lays out four reasons for Crabtree’s recall including: 1. Adopting a budget with over $4M deficit in 2019-20; 2. Making the impact of the current state budget crisis far worse for VUSD; 3. Announcing VUSD will not build the fifth Visalia high school with the General Obligation bonds approved by Visalia voters; and 4. Closing down schools without sustaining a level of quality education for students and educational support for parents and families.

As for this November’s election, one of the three seats up for grabs is still too close to call. Recently retired educator Christopher Pope was clinging to a seven-vote lead over incumbent Lucia Vazquez for VUSD’s Trustee Area 6. As of Monday, Tulare County reported there were still about 4,000 ballots countywide to process. The Sun-Gazette estimates as many as 850 of those could be in Area 6. 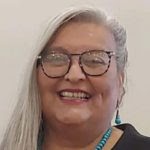 Vazquez was elected to the board in 2011 and has ran unopposed until now. This year, the weaver with a doctorate in education was challenged by Pope, who taught for 22 years most recently at Annie Mitchell Elementary in Visalia.

Pope and Vazquez greatly differed on two key issues: the Black Lives Matter movement at El Diamante and reopening schools to K-6 instruction. Both candidates agreed the Black Lives Matter signs along Akers Street needed to come down but for different reasons. Vazquez echoed the district administration’s reasoning that it had become an unsafe area for students after two incidents involving adults confronting students or other adults. Pope said signs should never have been allowed because the Black Lives Matter organization had a political agenda and the district does not allow any political campaigning or activities on its campuses, without exception.

The real division between the two candidates comes in terms of reopening elementary campuses to in-person instruction. Vazquez said the district shouldn’t reopen its campuses to all elementary grades until it has moved out of the purple tier on the Governor’s color-coded system for infection rates. Pope, on the other hand, says teachers and students who do not feel comfortable returning to campus should be allowed to remain in distance learning but that campuses should reopen for those who want to return to in-person instruction. 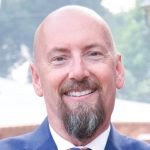 As the race for Area 6 continues to narrow, two other VUSD board seats have been decided. For the first time in 13 years, someone other than Bill Fulmer will represent Trustee Area 7. The five-way race to replace Fulmer came down to two veteran educators Jacquie Gaebe and Nora Allstedt, who have a combined 53 years of education experience. In the end, Gaebe, currently an area superintendent for VUSD’s Adult School, garnered 40% of the vote to Allstedt’s 22%. Social worker Colijia Feliz finished third followed by private businessmen Randy Evans and James Reynolds.

Trustee Area 5 was a rematch from two years ago between incumbent Niessen Foster and senior public defender Megan Casebeer Soleno. Foster edged out Casebeer by less than 1% of the vote in a three-way race that also included Lori Quinzon. Casebeer came back even stronger this time around defeating the Post Office veteran by 15%.

Outside of Visalia Unified, Woodlake Unified’s race to represent Area F on the school board had the highest voter turnout of any school board race. Incumbent Edmund Pena was elected to his 7th straight term on the school board. Pena carried 45% of the voice in three-way race against Veronica Gonzalez and Dean Taylor who Pena also defeated four years ago. Pena was originally elected to the Woodlake Union High School District Board in 1996 and was re-elected in 1998, 2002, 2006 and 2010. In 2011, he was elected to Area F of the Woodlake Unified School District Board after voters approved a unification of the elementary and high school districts.

Conversely, a race for the Cutler-Orosi Joint Unified had one of the lowest voter turnout rates among school board races. Just over 58% of registered voters decided the outcome for the Area 1 seat on the board. Incumbent Marisol Rubalcaba appears safe with over 40% of the vote in the three-way race for two seats. The other incumbent, Sarah Herrera, is trailing challenger Margie Salazar by just 57 votes with an estimated 225 to count. Retired educator Joni Jordan will fill the Area 4 seat vacated by Lloyd McClard, who did not seek re-election. Jordan captured 57% of the vote to defeat Tony Werner. Delia Martinez ran unopposed for the Area 3 seat.

After more than a decade of turmoil at the top, it appears Farmersville residents are happy with the current administration at Farmersville Unified and the board members who oversee it. Incumbents Alice Lopez and John Vasquez easily defeated challenger Manuel Amezcua with more than a third of the vote in the three-way race for two seats.

Another race with implications for Farmersville is Area 2 on the Tulare County Board of Education. As of Monday, Ruben Macareno trailed incumbent Deborah Lynn Holguin by just two votes. If Macareno wins, he would have to step down from the Farmersville City Council, creating the need to appoint a new member to that board right after the election. In the Area 3 seat on the county board, incumbent Tom Link easily defeated Miguel Gutierrez with 58% of the vote.

There weren’t any elections for Tulare high school district, but there were two for Tulare City Elementary school board, including one that is too close to call. Parent Connie Diaz is on the verge of unseating incumbent Teresa Garcia for the District 5 seat. As of Monday, Diaz held an 86-vote lead with an estimated 500 votes left to count. In District 2, incumbent Daniel Enriquez easily defeated business owner Brian Spencer with more than 60% of the vote.

Incumbents won handily in two races for Porterville Unified School Board. Juan Figueroa, Jr. garnered more than two-thirds of the vote against accountant Sonia Lozano in District 1 while Donna Frazier Berry captured more than 50% of the vote in a three-way race for District 6 over challengers Anthony Martin and Les Pinter. In Dinuba, incumbent Mary Helen Villarreal retained her Area 4 seat with 72% of the vote against Joe Rivera, Sr.

In Alpaugh Unified, Tulare County’s smallest unified school district, three candidates are within 16 votes of each other for one of two seats on the school board. Challenger Araseli Leal holds a two-vote lead over incumbent Kristy Mitchell and a 14-vote lead over incumbent William Mitchell with an estimated 32 votes left. Rafael Loera has locked up the other seat after garnering 27% of the vote in the five-way race that also included Jennifer Ortiz.

If you don’t think one vote can make a difference, you obviously don’t live in Yettem or Seville. Incumbents Tom Redemer and Deborah Roberts are deadlocked with challenger Erik Gonzalez in a three-way tie with 68 votes each for two seats on the Stone Corral Elementary School Board.

It’s also too close to call a winner for a seat on the Allensworth Elementary School Board. In an odd turn of events, two incumbent board members faced off against each other for a single seat. Only 13 votes separated Kayode Kadara and Goana Toscano as of press time with an estimated 32 votes left to count.

At Pleasant View Elementary near Porterville, incumbent Michael Smith will not be returning to the board after finishing fourth in the two-seat race. Rachel Alcantar was the top vote getter with over one-third of the vote and will replace Smith. The other incumbent, Davy Gobel, should hold onto his seat as Yalimar Garcia would need two-thirds of the remaining ballots to overtake him.

It’s a similar story further south in Richgrove near the Tulare-Kern County line. Incumbent Hipolito “Paul” Cervantes would likely need 75% of the remaining vote to retain his seat. He will be replaced by educator Diego Paniagua. The other incumbent, Yanelli Villagomez Carrillo, was the top vote getter with over one-third of the vote in the two-seat race.

There won’t be any changes to the Terra Bella Union Elementary school board after incumbents Alfredo Beltran and Mariana Lopez held off challenger Rachel Eala. There will be new faces on the Woodville Union Elementary board. Current board president Amanda Medina lost to challengers Amanda Lopez and Larry Vasquez, one of which will fill the seat vacated by Fabiola Guerrero, who did not seek re-election. Lopez finished with 40% of the vote in a three-seat race. Incumbent Diana Oceguera-Martinez will retain her seat on the board.