This year, Assembly District 26 has a race between the incumbent Devon Mathis , a Republican, and Drew Phelps, a Democrat.

This position is a state-level office in the California Legislature and plays a important role in creating new state laws, conducting hearings to gather public input on state matters, and setting the state budget which affects programs for the environment, businesses, schools and other issues.

Assembly District 26 encompasses much of Tulare County and the Sequoia Forests. As a result, this district is a unique combination of rural communities, larger cities, agriculture, and other environmental issues. Over the last years, this district has been affected by significant issues like wildfires, drought, poverty, economic recession, immigration, and food insecurity. 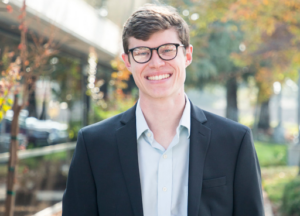 Question# 1: The Ivanhoe Sol has documented the impacts of climate change on Ivanhoe in the last months. If elected, what will you do to address climate change in AD-26?

Drew Phelps (D): We need to continue and expand the Carl Moyer program in California. This program provides grants to remove older polluting engines, which reduces emissions that lead to smog and poor air quality. The program has also been modified to provide market-based mechanisms to reduce greenhouse gases. I would want to increase overall funding to accelerate the reductions we have already seen, so that we can address climate change here in the Central Valley without having to sacrifice the economy at the local level.

Drew Phelps (D): I believe that I will be uniquely positioned to bring the voice of rural people to Sacramento. If elected, I will work to bring other legislators to tour our overlooked rural communities. Our problems have solutions but are simply not prioritized by those in Sacramento who focus on the more populated areas of California. I feel that being a Democrat in a state that is run by Democratic supermajorities will afford me a large amount of political leverage that our current Assemblymember does not have.

Devon Mathis ( R ) : This Candidate did not provide a statement.

Question #3 – How do you plan to remain accountable to the residents of Ivanhoe and other rural communities for your campaign promises?

Question #4 – What is the largest challenge that you predict encountering if elected?

Drew Phelps (D) : Our district is quite large and contains Sequoia National Forest, Death Valley National Park, Inyo National Forest, and three valleys that contain 10 incorporated cities as well as many unincorporated parts of three counties. I believe my largest challenge will be to balance the needs of these communities that all have distinct problems to solve. If elected, I believe that I bring a unique set of skills to amplify every voice in our district and will work tirelessly so that we finally receive our fair share from Sacramento.

Question #5 – What else would you like to let Ivanhoe know about why you are the best candidate for the position?

I’m running because we deserve better from Sacramento. We deserve solutions that are tailored to the needs of our communities rather than statewide, one-size-fits-all solutions imposed on us from those in urban areas.

My priorities in Sacramento will be greater access to water for families and farms, getting our district back to work by supporting small businesses and expanding job and vocational training, and improving our healthcare system to help fight against the COVID-19 pandemic and making sure we’re better prepared for the next emergency.