In the past weeks we have seen many local communities affected by the COVID, including three major health center outbreaks. With detections increasing each day, it is difficult to affirmatively say when society will return to “normal.’ Until we reach that point, the Ivanhoe Sol is providing several resources that Ivanhoe and Tulare County residents can utilize as we all navigate the pandemic.

Shelter in Place has created a new normal in our small community. This has led to quiet streets and children encouraged to stay inside or in their backyards. As the world shifts to a different level of normal our children have become restless. Some kids are missing their friends, their teachers, their recess, and their school environment. 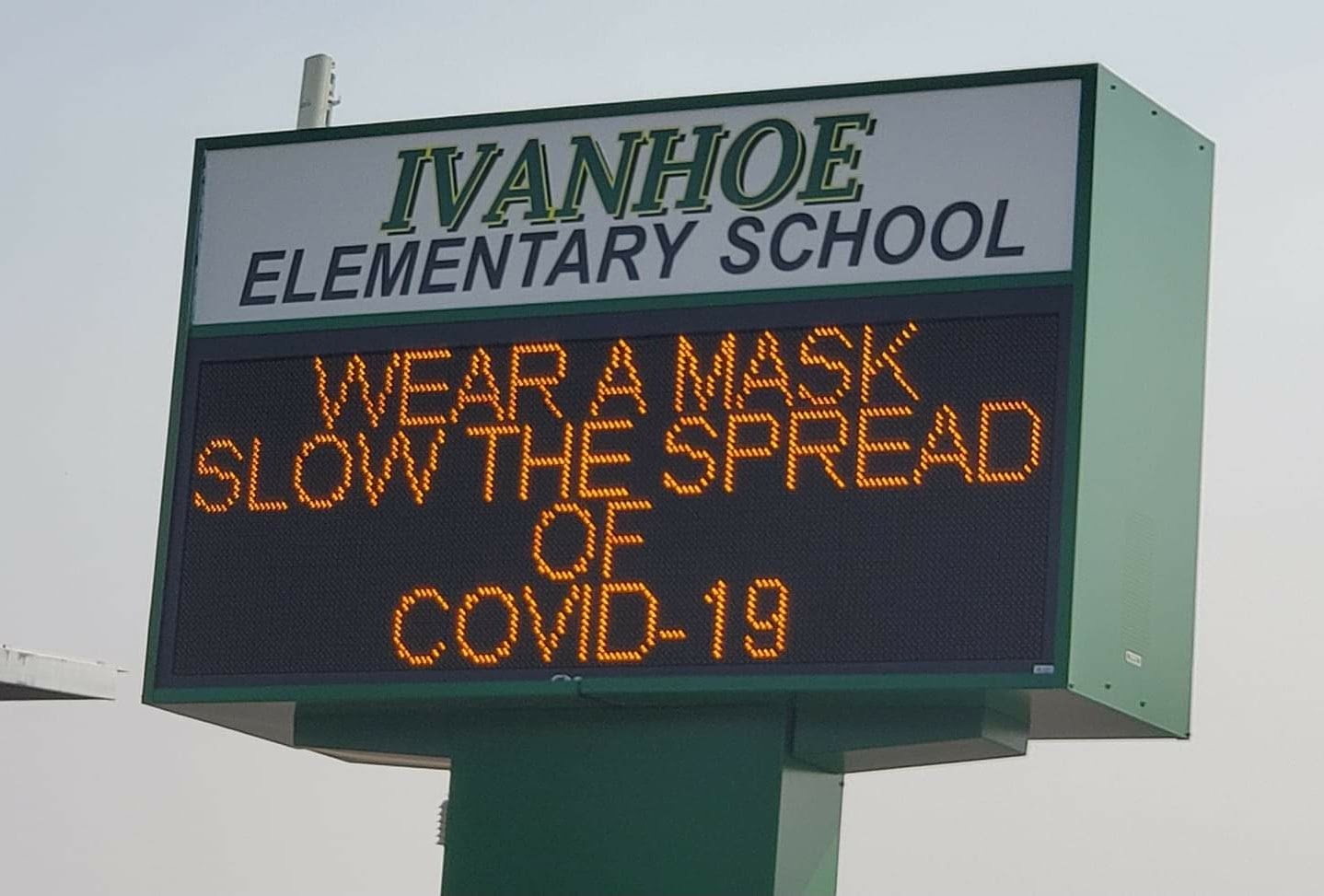 The Editorial Team at the Ivanhoe Sol believes strong civic engagement is necessary to resolve many of the key issues we face in Ivanhoe. Still, during these times where public meetings are discouraged many people are trying to stay engaged while also remaining safe from exposure. We believe it is important that the COVID-19 public health restrictions do not negatively impact the public’s ability to interact with their elected representatives. As a result, we would like to provide information on how Tulare County can be accessed during these times of limited public interaction.

As we enter the second full month of the COVID pandemic we have seen major tragedies and impressive examples of devotion to community and the planet. As issues like drought, COVID, and racism affect the community of Ivanhoe, The Ivanhoe Sol remains steadfast in our commitment to serve as a vital resource to the community and region. For any story suggestions or questions, please contact us at theivanhoesol@gmail.com or through our Facebook Page, The Ivanhoe Sol.